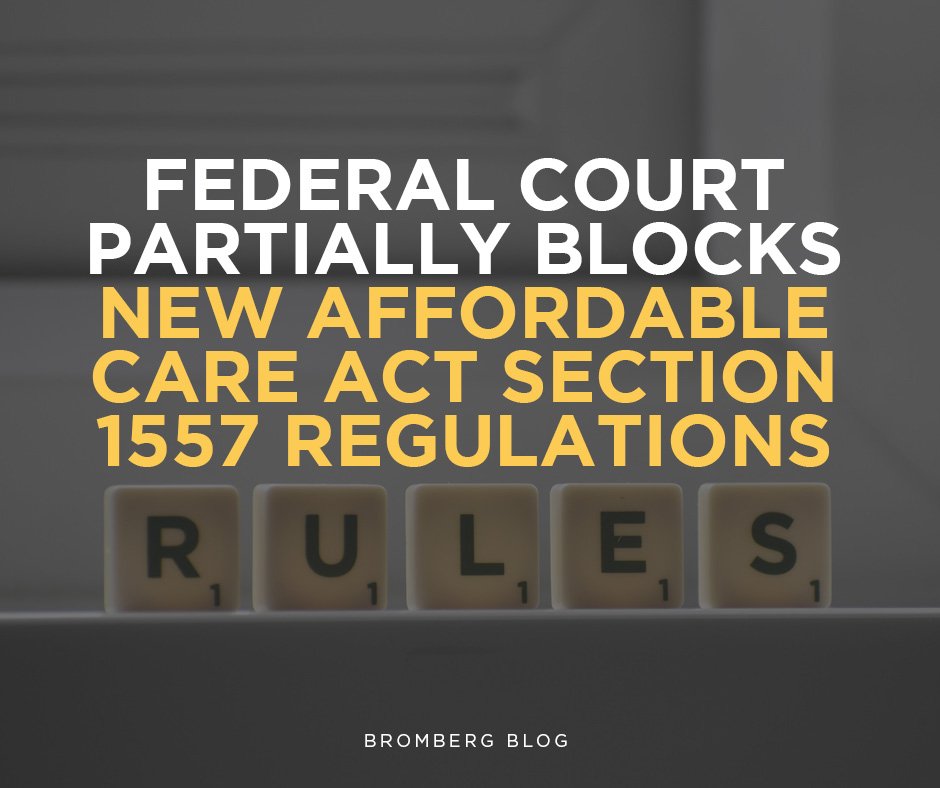 In the New York case, the plaintiffs asked the court to block all of the 2020 Section 1557 regulations. However, the court’s order only addresses sex discrimination and does not apply to other parts of the new regulations such as those concerning language access and disability accommodations. The new rules took effect on August 18. Additional court action both in New York and elsewhere may address the rest of the 1557 rules.

As the Court held:

“HHS contends that its thorough reasoning for its proposed rules shows that it did not act arbitrarily or capriciously.

Nothing could be further from the truth. As the [Section 1557] preamble makes perfectly clear, [HHS’] reasoning was based upon its pre-Bostock understanding and contention that “reasonable distinctions on the basis of sex, as the biological binary of male and female, may, and often must, play a part in the decision-making process—especially in the field of health services.”

…the unmistakable basis for HHS’s action was a rejection of the position taken in the 2016 Rules that sex discrimination includes discrimination based on gender identity and sex stereotyping. By its own admission, HHS knew that the [Bostock] case was pending and would have “ramifications”; it must also have known that a decision would be handed down before the end of the Supreme Court’s term.

When the Supreme Court announces a major decision, it seems a sensible thing to pause and reflect on the decision’s impact. (“[I]t may be a simple thing for the agency to maybe reconsider the Rule, in light of Bostock, and come out with something that’s simple and that just goes right to the heart of it and eliminates all this obvious confusion that we’re having throughout this country right now about this issue.”). Since HHS has been unwilling to take that path voluntarily, the Court now imposes it.”

So, what does the New York decision mean for healthcare?

The remaining rules, concerning interpreters, translations, and people with disabilities for example, are now the law and replace the 2016 rules. However, several lawsuits have been filed to block all of the new rules. Decisions in those cases are pending and may also block the 2020 Section 1557 rules and replace them with those enacted in 2016.