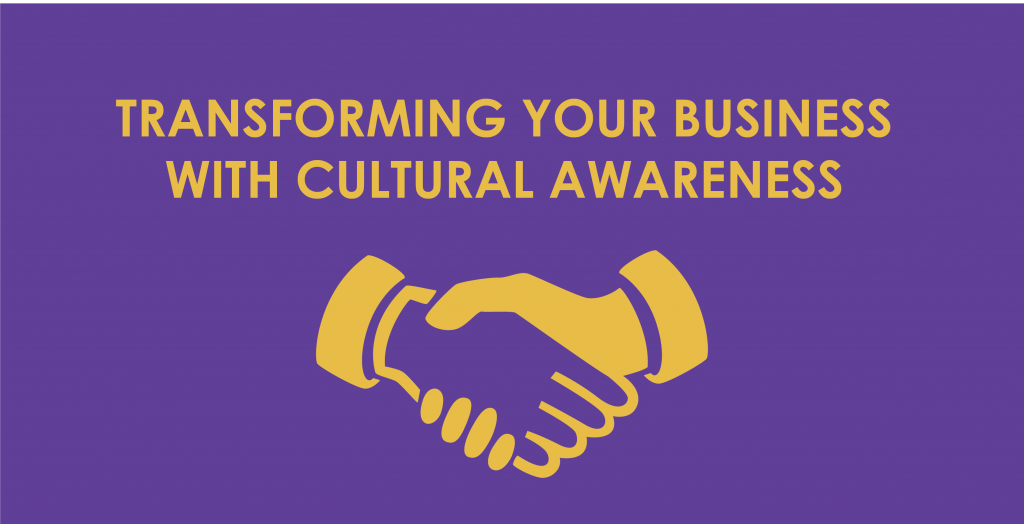 Finding a product or service to sell and perfecting it for customers is the number one concern of any business, but it shouldn’t be your business’s only concern. Especially in today’s global marketplace, cultural awareness has become an absolute essential for any company looking to leverage the growth opportunities presented by a global economy. And as interest in cultural awareness grows, research into the benefits it provides for businesses around the world is providing an ever-clearer picture of precisely how essential it is.

Here are three ways that cultural awareness can transform your business and allow you to use the modern global marketplace as an engine for growth.

Cultural awareness is sometimes dismissed as a “soft skill” that doesn’t add much to a company’s bottom line.

As the success of social media sites like Facebook and Instagram shows, however, some of the most powerful, effective, and profitable products and services are the ones that go beyond meeting a consumer’s immediate needs (in this case, communication technology) and succeed in serving their emotional needs as well (in this case, through “likes” and constant exposure to updates about friends or favorite celebrities).

Understanding how to take that extra step depends on “soft skills” like emotional intelligence, empathy, and a deep understanding of consumer psychology, all of which are hard enough to put into practice when you and your target demographic are from the same country or belong to the same culture.

But when you’re looking to market your products and services to a global audience, cultural awareness ceases to be a “soft skill” and instead becomes an essential tool for acquiring the knowledge you need to connect with consumers. A recent study from Forbes cited several C-Level executives who reported as much, including Frédéric Rozé, CEO of L’Oréal USA, who explained that:

“… given his company’s global footprint, it is critical to have executives and employees representative of different regions and ethnicities. “I have worked in Russia, Argentina, and Europe, and it has helped me to understand the different cultures and people,” he said. Rozé added that these insights help inform product development and can also guide business practices.”

No matter how much time you spend researching and developing your company’s products and services, successfully marketing them depends on building relationships with customers and business partners.

Particularly when it comes to meeting with potential business partners from a different country or culture, being aware of proper etiquette and cultural practices makes for better communication and, ultimately, more productive partnerships. It starts with avoiding the sorts of unintentional faux pas that anyone finding themselves immersed in a new culture can make. Take this scene from the 1992 film “Mr. Baseball,” for example:

Here, Jack Elliot — an aging American baseball player (played by Tom Selleck) who has been traded to a Japanese team — is having dinner with his Japanese girlfriend’s family. Awkward, right? Now imagine if this were a dinner with a potential client. What do you think are the chances of having a productive conversation about a business deal after a meal like that?

Beyond avoiding awkwardness and smoothing out communication, however, demonstrating awareness of a potential client’s or business partner’s culture also goes a long way toward demonstrating good faith during the course of negotiations. As with any relationship, showing that you’re willing to take the time to learn about where your negotiating partner is coming from signals that you’re serious about finding common ground and a mutually beneficial solution for your respective business goals.

Cultural awareness can lead to more productive relationships with clients and business partners, but the same holds true for relationships in the workplace.

A recent study conducted by the Victorian Equal Opportunity and Human Rights Commission in partnership with Deloitte found that companies that foster a culture of inclusiveness and diversity in the workplace see an increase in employee innovation levels as high as 83%.

One especially intriguing study cited in the HBR report looked at the effects of destabilizing homogenous teams by adding a new, unfamiliar team member. The study participants were all drawn from college fraternities and placed into teams consisting of members of the same frat. The teams were asked to solve a hypothetical murder mystery, but shortly after beginning their discussion of the suspects and evidence presented, a new person was added to the team. For some of the teams studied, the new team member was a member of the same fraternity as the already established team. In others, however, the new team member was a stranger who belonged to an entirely different frat.

The members of the teams that included a stranger reported feeling that the team’s interactions were less effective than their same-frat counterparts. They also reported lower levels of confidence in their final decision. Despite their feelings about their team’s interactions with the new, unfamiliar team member, however, these destabilized groups identified the correct suspect more than twice as frequently as the teams consisting entirely of members of the same fraternity — 60% of the time, compared to the homogenous teams’ 29% success rate.

As these studies show, rather than increasing conflict and slowing down productivity, assembling diverse teams and actively addressing the cultural differences that arise among team members can have seriously positive impacts on performance and business outcomes.

A Good Investment for Any Business

As research — and popular opinion — increasingly shows, cultural awareness is no longer simply an option for large companies looking to expand their horizons: it’s a necessity for every business in the age of globalization. With advances in travel and the impact of social networking, interacting with people from other cultures is now the norm. So why not try to leverage the opportunities cultural awareness creates for your business?

At Bromberg, we have a host of resources and professional support available to businesses that are interested in unlocking their potential through cultural awareness. Whether through country-specific cultural awareness training programs or bilingual staffing solutions, we’d be happy to help you find the right service to grow your business and increase engagement and productivity among your staff.