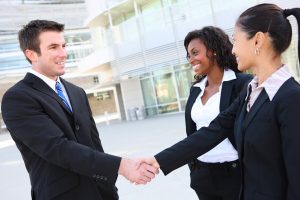 According to a recent report from The New American Economy, in 2014 alone, Michigan’s immigrant community earned $19.6 billion and provided $14.2 billion in spending power after taxes while working at an employment rate 18.6% higher than U.S.-born Michiganders.

In the same period, they provided $1.5 billion in state and local taxes, $3.8 billion in federal taxes, $1.9 billion in Social Security taxes, and $507.5 million in Medicare tax payments while actively employing more than 150,000 Michiganders.

As a 2014 U.S. Census report showed, immigrants make up just 6.2% of Michigan’s population. Despite being such a small group, however, The New American Economy reports that immigrants make up 30% of Michigan’s doctors, 28% of its software developers, 27% of its agricultural workers, 22% of its mechanical engineers, and played a role in 70% of the patents produced by the University of Michigan in 2011.

Those numbers speak to a pretty simple truth: Immigrants are here to work, and they already play an essential role in Michigan’s economic health and development.

The question, then, is what those facts mean for Michigan’s business and public sectors. How do businesses plan on working with the state’s immigrant population? Since immigrants contribute so much to state infrastructure, how do legal and healthcare professionals prepare to extend their services to those populations?

A good place to start might be with ensuring that everyone speaks the same language.

Many of the member’s of Michigan’s immigrant community already speak fluent English — they might have learned it while attending school in their native country, or learned it after coming to the U.S. — but many don’t. That’s a problem, not just because it limits economic opportunity in a country where English is the most commonly spoken language, but because it makes it hard for them to take advantage of the public services they’re already contributing to with their tax dollars.

While learning a new language might seem like a daunting task, however, finding a way to traverse those language barriers doesn’t have to be so difficult. It all starts with coming up with a Language Access Plan.

A host of federal civil rights laws — including the Americans with Disabilities Act, the Civil Rights Act of 1964, and even the Affordable Care Act — require that many different types of organizations provide some form of quality language assistance measures for their Limited English Proficient (LEP) or Deaf or Hard-of-Hearing patients, clients, and employees. Those measures might include having copies of critical documents translated into different languages on file, scheduling an ASL interpreter for medical appointments with Deaf patients, having several iPads on premises to allow employees to connect with Video Remote Interpreters, or any number of other possible options.

But even if federal language access law doesn’t apply to your organization — as is the case with many privately-held businesses — developing a Language Access Plan is still a relatively simple and cost-effective way to improve your ability to work with the members of Michigan’s immigrant community who don’t speak fluent English or to improve customer service with those who can speak English, but might prefer working in their native language. Why miss out on the opportunity to develop a productive relationship with a new client over something as easy to work around as a language difference?

If you’re interested in learning how your organization could improve its ability to work with immigrant communities or with anyone who in need of language assistance, consider registering for our upcoming workshop, “Language Access Plans 101: Drafting Legally Compliant Plans.” Bruce Adelson, a former DOJ Senior Trial Attorney and nationally recognized federal compliance expert, will guide you through the requirements of federal language access law and help you develop a Language Access Plan template tailor-made to fit your organization’s needs.