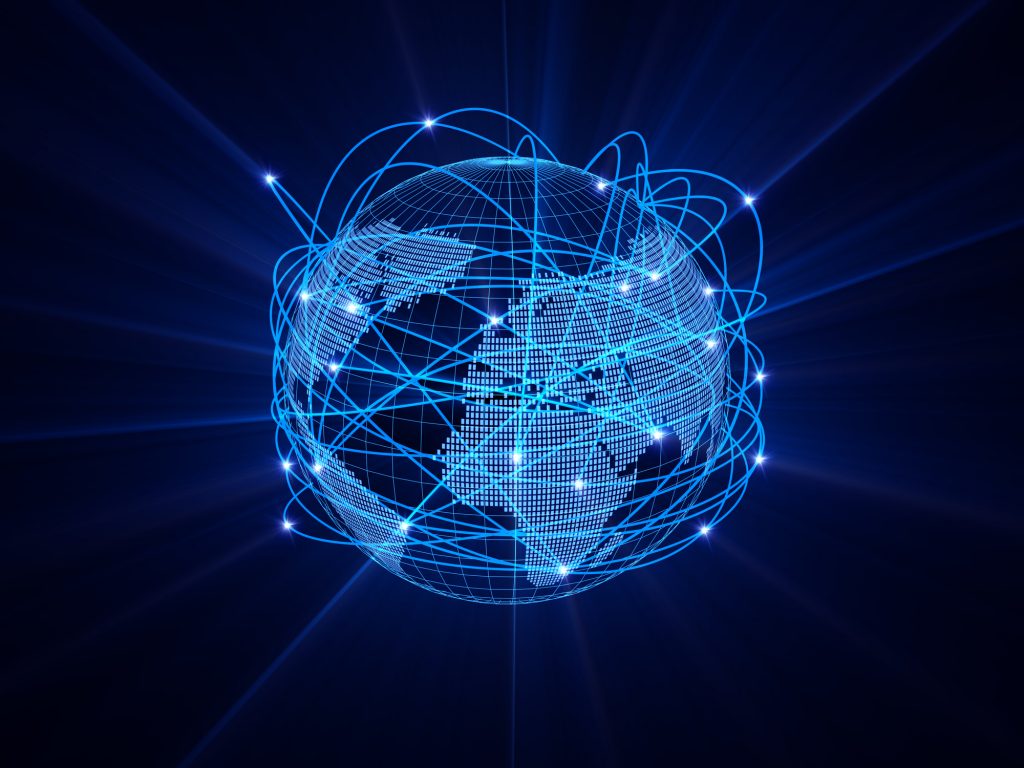 Last winter, I had the opportunity to live and take classes in Santiago, Chile for five months as part of an exchange program organized by my university. I could probably spend another forty pages going into detail about the many fascinating ways in which U.S. and Chilean culture differ (Mayonnaise. Everywhere.), but there’s one difference in particular that I found especially jarring after I came back to Michigan in July. It’s a surprisingly subtle thing, really, but after experiencing it first-hand, it’s hard to go back to the way things are in the U.S. without feeling strangely empty. It’s kind of like looking at a picture of someone with their eyebrows shaved off — it might take you a while to realize what exactly’s missing, but you know right away that there’s something wrong with what you’re seeing.

In short, what I’m talking about is people. Human beings. But specifically, interactions with human beings. One thing we do very well in the United States is find creative ways to cut out the middle man. In the past, we invented assembly lines and vending machines, and more recently we’ve invented things like Amazon, Netflix, and Google Translate. Our technology, time and time again, has been designed to streamline processes, to bring products into our hands and satiate our wants and needs more quickly.

The human cost of ‘streamlining’

More often than not, however, our idea of “streamlining” involves cutting out the least efficient parts of the process. And especially as our technology becomes more and more intelligent, the least efficient parts of most complex systems tend to be all of the human beings working in them. After all, humans want things like paid time off or eight hours of sleep in between their shifts. If a machine can do that human’s job just as well as they can, it’s hard to see those sorts of things — the things that make us actually human — as anything other than red ink.

But in Chile, things are a little different. I’m not sure if it’s because of a relative lack of automation, or a shortage of white collar jobs, or entrenched bureaucracy, or what, but it’s almost impossible to get anything done there — and I’m talking about the very rudimentary, day-to-day tasks involved with being a person — without having a fairly in-depth conversation with a real, flesh-and-bones person whose job it is to help you get that thing done. Visiting a friend’s apartment almost always involves a friendly chat with a front desk clerk and, more often than not, a doorman, too. If you want to add money onto your subway card, you’re going to be exchanging “Cómo está usted”s with the lady posted at the kiosk. I can’t remember using or even seeing an automatic checkout aisle the entire time I was there.

In Chile, service is something that people do. Period. Their humanity doesn’t stop when they walk in to work. Does that slow things down? Absolutely. I can get in and out of a Taco Bell drive-through in five minutes, while it’s almost impossible to get lunch in Santiago — even at fast food chains — if you don’t have at least forty-five minutes to spare.

But what you gain in exchange for a larger chunk of your time is a genuine human interaction that (in my opinion, at least) is well worth the loss in “productivity.”

One of my favorite memories from my time in Santiago came shortly after I arrived in the city. I went to a café a few blocks away from my host family’s house and tried to order an iced coffee, not realizing that iced coffee is mostly a Starbucks marketing stunt and doesn’t exist in most local coffee-drinking traditions around the world. I didn’t even know how to say “iced coffee” in Spanish, so I asked the barista to just put some ice and milk in a normal cup of coffee. He eventually agreed to bring me what I asked for, but only after spending a few minutes trying to convince me that that would be too awful to even bother drinking.

Admittedly, it was pretty awful. But, even if the coffee was no good, I learned that the barista’s name was Raimundo and that his job title was listed as “Coffee Lord” on his business cards. I had made a friend. And then, when I came back to the café two weeks later, Raimundo handed me a newly printed set of menus. He pointed to the specialty drinks section and recommended that I try out their new “Dripper Frío,” which was exactly the drink I had wanted the first time I came around. He told me that he had done a little bit of research after I left, and decided that if he was going to have gringos showing up at his café he’d better learn what kind of coffee they liked.

Now, if Raimundo had been a vending machine, that story wouldn’t hardly be worth telling anyone. The Raimundo-Bot would have either had an iced coffee or not, and in either case I would have had to stare down the 200 pages of reading I had to finish that night without the small comfort of knowing that I had a friendly face to turn to if I needed a break from my work. The Raimundo-Bot world is more “streamlined,” I suppose, and more cost-effective. It’s more productive. It moves faster than the world full of Raimundos who will use up your time trying to convince you not to waste your money on a terrible cup of watery coffee. But it’s also smaller. It’s lonelier. And it’s a world, I think, where we understand one another less. Where we know less about each other, and where we don’t want — or don’t even know how to want — to find out more.

Automation in the translation industry

But if automation generally tends to reduce the number of genuine interactions we have with another person in our day-to-day lives, does it have the same effect when used in the translation industry? After all, if automation does in fact streamline processes, then wouldn’t using it to streamline translation have the exact opposite effect? Wouldn’t it make forming connections easier, make it possible to communicate in a wider range of circumstances?

In short: Yes, it would. Machines translate many times more words-per-day than humans do in 2017, and people are able to access half-way decent machine translation (MT) programs on their smartphones just about anywhere and at any given time. The possibilities for communication opened up by instantaneous access to that kind of technology are endless.

And yet, it’s still worth asking what kind of communication we really get with that technology. What might my interaction with Raimundo have looked and sounded like if all I had was Google Translate and not nine years of Spanish classes under my belt? Would it really have been all that different from talking to a vending machine?

This is a particularly pressing set of questions as the translation industry moves towards a future in which MT and other forms of automated translation come to replace more and more human translators. In a blog post published in Feb. 2016, Translation Automation User Society (TAUS) founder Jaap van der Meer opened up a forum to discuss the idea of the singularity — the moment in time when “machines will be better at transforming a text from one language into another than a human translator.” Van der Meer explains that, in practical terms, the singularity will likely arrive even before MT software (like Google Translate) is developed enough to produce instantaneous translations that are equal in quality to the work of a human translator. Far more likely, we’ll simply adjust to the clunky grammar and occasionally misused vocabulary we already find when we use programs like Google Translate. In the vast majority of situations, a decent translation is perfectly suitable for the task at hand. Perfection is often just overkill. And although van der Meer doesn’t venture to put a date on when that singularity might occur, Ray Kurzweil, Director of Engineering at Google, does: 2029. That’s only twelve years away.

If we’re still thinking in terms of the quality of interactions achieved by way of MT, however, it’s worth asking whether a human- or near-human-level MT software would really allow us to interact with one another in a way that’s as meaningful as the term “human” might suggest. Would it ever be able to truly stand in for a human translator? For instance, in situations like mental health screening where the tone in which information is delivered is equally or even more important than the information itself, could MT software ever stand in for a highly trained human translator?

I’m not sure we could answer those questions until van der Meer’s singularity actually happens, but for now, it’s perhaps useful to try to anticipate what effect the increasing ubiquity of MT might have on the depth and quality of the interactions that professional translation services strive to make possible.