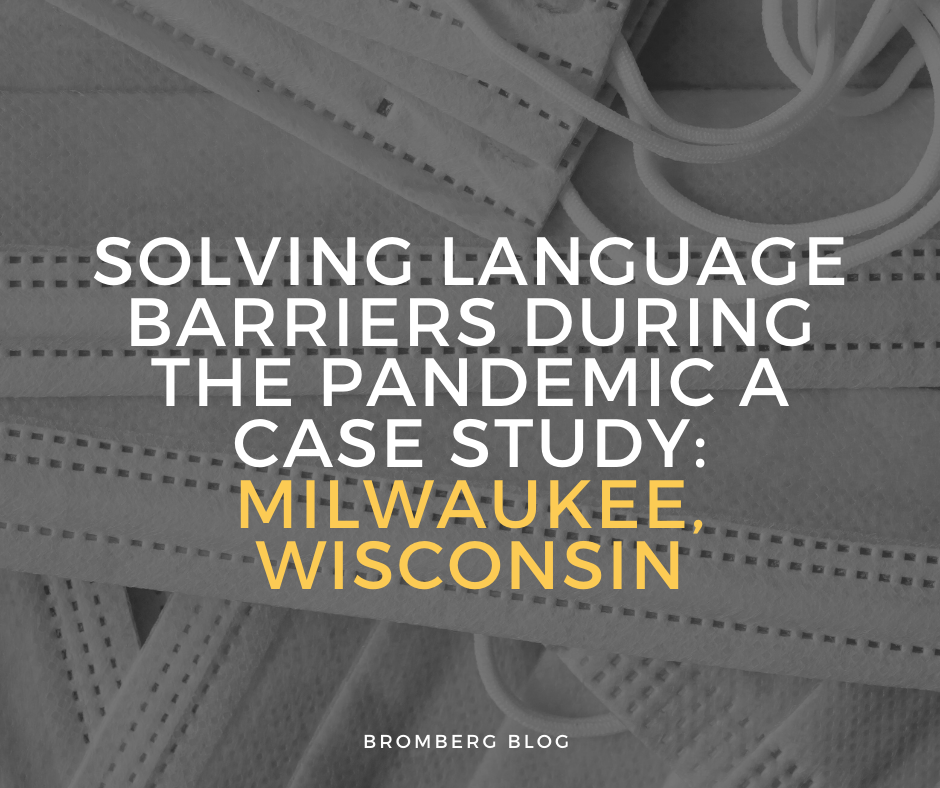 The State of Wisconsin is in the grip of rapidly rising pandemic viral infections. On July 17, 2020, the State set a new single day infection high. Like many states, Wisconsin is experiencing significant illness, with new cases primarily among people under 40 years-old.

“For the first time in 22 days DHS [Department of Health Services] reported a double-digit death total from the disease. Ten deaths were recorded in the past 24 hours, bringing the statewide total to 843. An average of 4.13 deaths per day have been recorded over the past 30 days. That average has trended downward in recent weeks, with the state averaging 7.59 deaths per day since April 1st…

According to Urban Milwaukee:

“How do you explain COVID-19 to Spanish-only speakers during a time when many who are proficient in English struggle to fully understand the pandemic? That’s the question health care providers are trying to answer as coronavirus cases are hitting the Latinx community in Milwaukee harder than other groups.

Hispanics and Latinx residents led Milwaukee County in cases with 4,384. According to the American Community Survey, there were about 41,000 Spanish-speakers in Milwaukee County as of 2016. Never-ending updates on health guidelines, safety practices and more need to reach the Latinx community than ever as providers in Milwaukee try to break the language barrier to save lives.

“Sometimes I’ll see documents in the hospital where I’m like ‘you know, I understand it’ but if I gave it to my grandmother, she’s not going to understand that,” Fabiola de Chico, a bilingual patient navigator at Ascension St. Francis Hospital, said. “It takes a village to get the message across,” de Chico added.”

Explaining the Pandemic to LEPs

Spanish speaking health care providers are learning to adapt to pandemic exigencies, particularly the regular flow of health and emergency pandemic information to limited English proficient people who primarily speak Spanish. Providers are seemingly more attentive to simplifying language and avoiding “medical jargon” to facilitate communication. Of course, efforts to facilitate communication by, for example, simplifying language without loss of meaning, must be ongoing, pandemic or not. Federal law, informed consent, and patient care demand it. However, among the lessons learned in pandemic response is the importance of facilitating communication, in language patients can understand.

Dr. Jorge Ramallo, an internal medicine specialist at the Sixteenth Street Community Health Center, said he tries to avoid medical jargon during visits. “We do this for English-speaking patients all the time anyway,” Ramallo said. “We try to avoid fancy words they may not know and keep it as simple as possible.”

And Rosa Aguilar, a nurse practitioner at Ascension Angel of Hope clinic on Orchard Street on the South Side, said she tries to break down information about the virus in more practical terms. Instead of telling patients the coronavirus is spread by droplets, Aguilar said she tells them: “The virus is spread when you talk.”

“Instead of saying ‘airborne,’ I tell them that ‘it floats in the air.’ ”Despite their best efforts, it can still be difficult to get the message across. Ramallo said he has several patients who cannot read and write.

“We need to talk in a way that we don’t make our community feel inferior or … uneducated,” de Chico said. “We need to make them feel comfortable and make sure that they know that we care for them.”

Dr. Zeno Franco, an associate professor of family and community medicine at the  Medical College of Wisconsin, said it’s important for messaging to “meet the assumptions and realities” of people in the Latinx community. For instance, some subsets within the Spanish-speaking community are from entirely different backgrounds and countries. He notes the nuance in words between Puerto Ricans, Mexicans and South Americans.

Another important point when caring for diverse communities is provider diversity. Having providers of different races, colors, and national origins can be significantly beneficial when treating similarly diverse patients. Various studies and data reveal that patients, and providers, often are more comfortable and have better results when seeing “familiar” faces in doctors’ offices, clinics and hospitals.

According to Urban Milwaukee:

Studies have shown patients seeing a doctor of the same race has helped promote better health outcomes. “They can relate more to their physician,” Ramallo said. “In a subconscious way, they open up more to them and they’re actually more likely to take their advice.” Ramallo tries to spend extra time with Spanish-speaking patients for this reason. He also makes sure they have his card before they leave. He said that building that connection with the Latinx community will be important going forward.

Franco said he worries the Latinx community is not taking the virus seriously enough. He said he has seen older couples in grocery stores without masks; he attributes part of this to a lack of public health messaging but says it may also be “bravado.” “You know, people kind of view the need to be at work, and to kind of be fearless and get things done,” Franco said. “That’s an important part of what it means to work in this country.”

Franco said the Latinx community’s “social culture” can be an issue as well. With its heavy emphasis on family gatherings and togetherness, it can be difficult to convince people to socially distance.

Franco noted a number of other complicating features, including concerns about Immigration status and lack of health insurance, can prevent patients from seeking health care. Franco said there is a “primary care desert” for the Latinx community, which also is an issue for the Black community.

“The city [Milwaukee] itself has a history of segregation of economic disenfranchisement for minority communities,” Franco said. “It’s easy for that to be under the surface most days until something like COVID-19 happens and then you see disproportionate deaths in one of the minority communities almost immediately. All of a sudden, those disparities are laid bare.”

Among many pandemic lessons we must absorb and learn from is the central role language plays in emergency response and health care delivery. As the US Department of Justice has stated:

“…complying with [federal language access] requirements becomes even more important during emergencies and disasters in order to ensure that no one is unjustly denied the services and support they need during times of crisis, when their physical safety or well-being are often at greatest risk, and when many of the resources they might otherwise have drawn upon for support may not be available. Proper planning to comply with [federal] requirements avoids complications imposed by the exigencies of emergencies and disasters.”