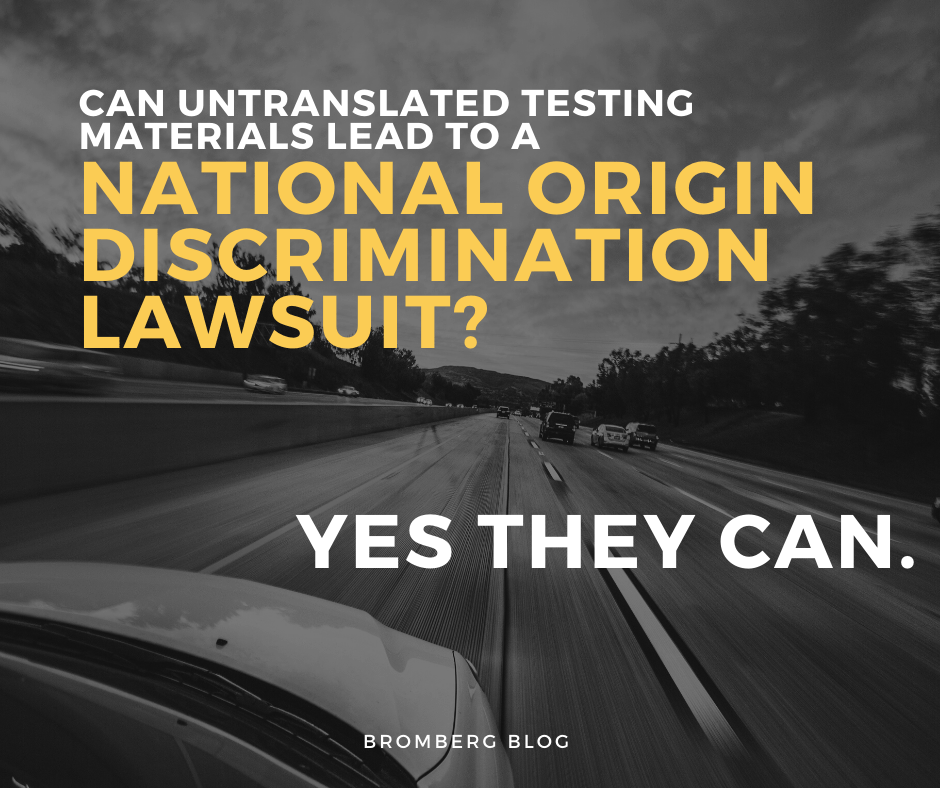 The Indiana Bureau of Motor Vehicles (BMV) recently settled a federal lawsuit with the ACLU, agreeing to translate its drivers’ test manual into four additional languages, Arabic, Burmese, Mandarin, and Chin. The Indianapolis Star reported in 2018 that the BMV expected to have its 95-page manual translated into Spanish by early 2019. The Star reports that the BMV now does translate its manuals into Spanish.

According to the December 6 Indianapolis Star:

“Under the terms of the settlement agreement, in the future the BMV will translate its manual into any language if an average of 500 people or more [sic] request to take the test in that language three years in a row.

Neighbor to Neighbor is a non-profit organization that is dedicated to creating a mutual relationship among the immigrant and non-immigrant populations in and around South Bend, Indiana through meaningful friendships and community networking.

In a discrimination lawsuit filed last year on behalf of Neighbor to Neighbor, the ACLU of Indiana argued that failing to offer a driver’s manual in languages other than English violated the Civil Rights Act of 1964 and amounted to discriminating on the basis of a person’s national origin.

The lawsuit noted that while people can opt to take the driver’s test in 13 languages other than English — including Polish, Chinese, Russian, Punjabi or Vietnamese — they could only study for it in English. The BMV started offering a Spanish version of the manual earlier this year.

‘This change will make it easier for all Hoosiers to fully assimilate as members of their communities,’ said Gavin Rose, senior staff attorney for ACLU of Indiana.

According to the lawsuit:

“In an effort to help people from other countries adapt to life in Indiana, the executive director for Neighbor to Neighbor, as well as volunteers, spend hours tutoring people on the information contained in the driver’s manual. Many people wind up taking the test six to eight times before they pass it. There is no legitimate reason, rational or otherwise, for the BMV to offer its ‘knowledge examination’ in 14 different languages, but to only offer the Driver’s Manual on which that examination is based in English.”

According to the settlement agreement, the driver’s manual must be offered in the additional languages by March of 2021. Each year from now on, the BMV must review the past three-year period by the end of March to see if any additional languages qualify for translation. If they do, a new manual must be available by January 31 of the following year. The translated manuals will be made available on the internet for free downloading.

How does this incident qualify as National Origin Discrimination?

Title VI of the Civil Rights Act of 1964 requires federal funding recipients, such as the State of Indiana, to translate information into applicable spoken languages other than English.

The lawsuit, filed in 2018, discussed the BMV’s so-called knowledge test, where drivers are examined on their understanding of Indiana traffic laws and basic driving safety. Such knowledge is necessary for aspiring drivers to receive their licenses. The relevant information for test passage is contained in the BMV’s drivers’ manual.

At the time this case was filed, the driver’s manual was available only in English. However, according to the ACLU’s complaint, the knowledge portion of the examination is now offered by the BMV in the following 14 languages:

By not making translated versions of the manual available in alternative languages, limited English proficient (LEP) test takers “… must somehow learn the information tested on that examination in English.”

Neighbor to Neighbor claimed that:

“Many of the international refugees and other recent immigrants assisted by Neighbor to Neighbor understand very little English.  Because of this, they are unable to read or comprehend the Driver’s Manual published by the BMV, even though they are otherwise eligible to apply for and obtain an Indiana driver’s license and even though they are able to take the BMV’s knowledge examination in their native tongue because they speak and read one of the other thirteen languages in which that examination is administered.

These international refugees and other recent immigrants… therefore find themselves in a precarious position, “the lawsuit alleged, “while they are permitted by the BMV to take the written examination in their native tongue, they are unable to learn the information necessary to pass the written examination because the Driver’s Manual is offered only in English.”

Treating people differently because of their race, national origin, or language is prohibited by Title VI. Such different treatment is illegal under current discrimination laws.

As the federal complaint explains:

There is no legitimate reason, rational or otherwise, for the BMV to offer its knowledge examination in fourteen different languages but to only offer the Driver’s Manual on which that examination is based in English. As a result of the actions or inactions of the defendants, the plaintiff is suffering irreparable harm for which there is no adequate remedy at law.”

According to The Star, by contrast, the Ohio drivers’ manual is translated into Spanish and Somali. Ohio’s drivers’ test is also available in seven languages besides English.

In Illinois, the drivers’ manual is translated into Spanish and Polish while the drivers’ test is available in those languages plus English.

Based on such information for these two states, there may be additional opportunities outside Indiana to ensure that drivers’ tests and manuals are available to limited English proficient people in various languages to ensure that the privilege to have a drivers’ license is open to all, regardless of race, language, or national origin as federal law requires.

Check out Bruce Adelson’s other blog posts to learn the latest developments in language access law, including national origin discrimination. If you’re interested in a consultation about your own organization’s compliance with federal language access law, please reach out to our experienced team of compliance experts here at Bromberg & Associates.

© Bruce L. Adelson 2019, special for Bromberg & Associates, All Rights Reserved The material herein is educational and informational only.  No legal advice is intended or conveyed.

PrevPreviousCheers to the Champions of Language Access!
NextHow to Win an ADA Discrimination Case 101Next
English
English Español العربية
×
×