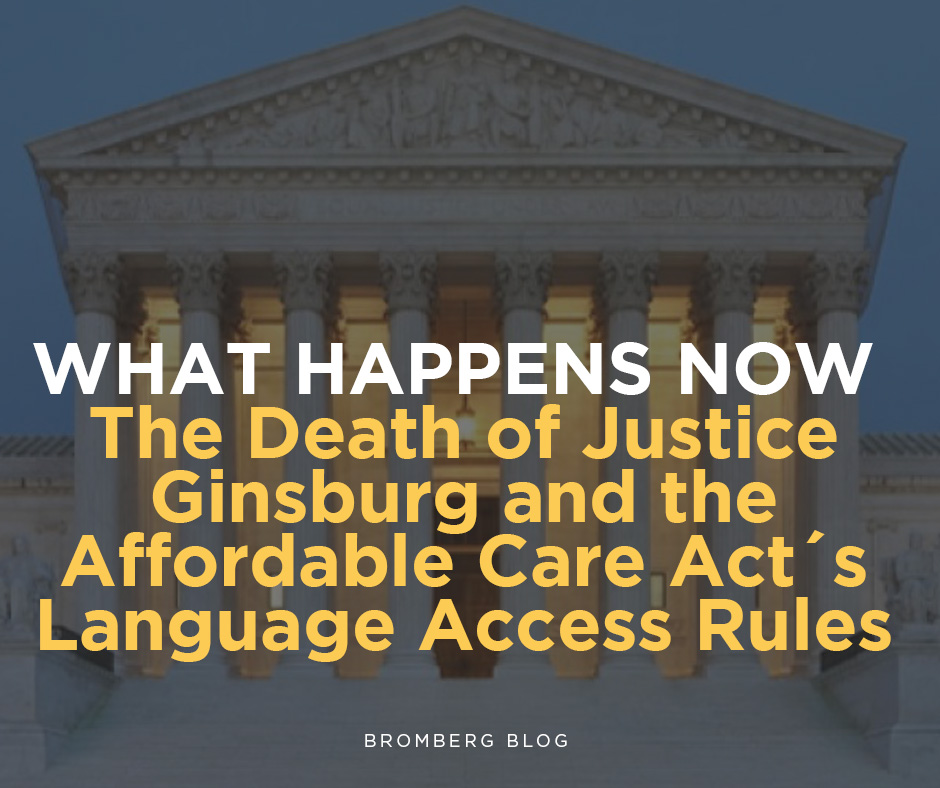 The late U.S. Supreme Court Justice Ruth Bader Ginsburg is widely considered one of the best high court litigators of her time and a Justice who committed herself to civil rights and equality whose career leaves a significant impact on U.S. law and society.

According to the New York Times, one of Justice Ginsburg’s proudest accomplishments came from a case in which she was on the losing side:

“The Lilly Ledbetter Fair Pay Act of 2009 is on the wall of the chambers of Justice Ruth Bader Ginsburg… She counted the law among her proudest achievements, even as it illustrated her limited power. As part of the Supreme Court’s four-member liberal wing, she did her most memorable work in dissent.

The law was a reaction to her minority opinion in Ledbetter v. Goodyear Tire and Rubber Company, the 2007 ruling that said Title VII of the Civil Rights Act of 1964 imposed strict time limits for bringing workplace discrimination suits. She called on Congress to overturn the decision, and it did.

[The Lilly Ledbetter Act was the first bill signed into law by US President Barack Obama on January 29, 2009. The Act amends Title VII of the Civil Rights Act of 1964 and states that the 180-day statute of limitations for filing an equal-pay lawsuit regarding pay discrimination resets with each new paycheck affected by that discriminatory action.]

Justice Ginsburg’s passing raises many questions about the future make-up of the Supreme Court and the Court’s upcoming 2020-2021 docket, including one case that may well decide the future of the ACA and its civil rights protections.

On November 10, the Court is scheduled to hear oral arguments about the future of the Affordable Care Act. This case, California v. Texas, could determine whether the ACA remains or the entire law is declared unconstitutional, including the recently enacted Section 1557 health care civil rights regulations.

“Consistent with longstanding principles under civil rights laws, [the regulation] make[] clear that the prohibition on national origin discrimination requires covered entities to take reasonable steps to provide meaningful access to each individual with limited English proficiency. An individual with limited English proficiency is a person whose primary language for communication is not English and who has a limited ability to read, write, speak, or understand English. Reasonable steps may include the provision of language assistance services, such as oral language assistance or written translation.”

The central issue before the Supreme Court is whether the ACA, now without the individual mandate Congress removed in 2017, can still survive. In legal terms, the issue is whether the remaining ACA is severable from the individual mandate that Congress deleted and can survive in its current form.  A federal court in Texas decided that the ACA cannot survive and declared the entire law to be unconstitutional and must be tossed out. The Supreme Court agreed to review that decision, which is awaiting oral argument on November 10.

So, What Happens Now?

Without Justice Ginsburg on the Supreme Court, the possibilities about the ACA case can seem confusing. However, what is very clear is that the coming ACA decision may well be one of the Court’s most important rulings in the 2020-21 term. The decision could impact the new health care civil rights and language access regulations. The Court could throw them away, eliminating all of the ACA Section 1557 civil rights rules that became law in 2016 and again in 2020.

If a new justice is not approved by the Senate and seated on the Supreme Court by November 10, the ACA oral argument would likely be heard by the current eight-member Court. The argument could also be postponed to a later date, anticipating that the Court would have its ninth justice by then.

If a majority of the justices vote to uphold the lower court decision, or if an eight-member court splits evenly 4-4, the ACA would be held unconstitutional and invalidated. The Court could also uphold the ACA generally while striking down some of its specific provisions specifically challenged by the people and states that sued to strike down the health care law. These could include the preexisting condition exclusion ban. The plaintiffs argue that this and other challenged ACA provisions cannot legally survive.

Based on recent Court decisions, the Supreme Court justices may surprise observers. It is well-known that predicting the outcome of court cases can be highly fraught and risky.

However, based on their recent decisions, at least two Republican appointees could well join the three justices appointed by Democratic presidents to uphold the ACA. In two 2020 opinions, one written by Chief Justice Roberts and the other by Justice Kavanaugh, the Court found specific provisions of other federal laws to be unconstitutional but severed or separated them entirely from the rest of their statutes, which remained constitutional, legal, and fully valid.

In one case, Justice Kavanaugh read the Court’s prior decisions to create a “strong presumption of severability” or survivability. In the other case, Chief Justice Roberts noted the importance of avoiding “a major regulatory disruption” and of using “a scalpel rather than a bulldozer” in curing constitutional defects.

Justice Kavanaugh observed that “constitutional litigation is not a game of gotcha against Congress, where litigants can ride a discrete constitutional flaw in a statute to take down the whole, otherwise constitutional statute.” In both cases, Chief Justice Roberts and Justices Kavanaugh and Alito favored severability, suggesting there could be six votes on the current Court to uphold and save the ACA.

A Supreme Court decision in California v. Texas is not expected until spring or perhaps early summer in 2021. Before the Court acts, Congress could solve the issues raised by the lawsuit and preserve the ACA.

However, all this is simply speculation. What is not speculative is that the ACA’s future and its language access rules are on the table, awaiting U.S. Supreme Court action starting on November 10.