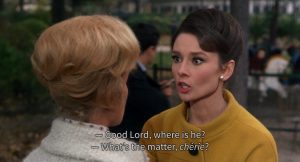 The History of Subtitles

The purpose of subtitling is relatively simple: Convey what is happening on the screen to audience members as effectively as possible. Even so, from the invention of motion picture cameras in 1892 to the globalized present, the specific functions of subtitles have also changed dramatically through history. They make video content accessible to the Deaf and hard of hearing, and also make it accessible to audiences across the globe.

In the modern internet era, online video content can be accessed from all over the world. It’s become essential for this content to be accessible to as many people as possible, not all of whom speak the same language. Quality subtitling that takes into account the nuances of different languages is a way to answer this imperative.

The first films, shot in France in the late 1800s, were silent, totally devoid of music or dialogue. There were no words in films — only moving, black and white images.

But as advancements in motion pictures continued, by 1903 Edwin Porter’s famous rendition of Uncle Tom’s Cabin came along. Based on Harriet Beecher Stowe’s novel of the same title that swept the nation, the film was innovative in several capacities. In particular, its use of intertitles paved the way for what would become subtitles in the future.

Intertitles were texts written or printed on paper that were displayed between scenes of the film. They described what was going on in place of dialogue.

Live and recorded music eventually accompanied the pictures, adding other layers of expression and experience for filmmakers and their audiences. But for a good stretch of time, intertitles — which paved the way for subtitles — were among the most innovative moving picture technologies.

From intertitles to subtitles: A more seamless viewing experience

Intertitles made translation a breeze: One simply translated what was written on the card. And since the United States quickly emerged to dominate the film industry, the demand for intertitles for American films increased in other industrialized countries.

Films that allowed sound, called talkies, gained popularity by the 1920s, and naturally increased the need for subtitles and also dubbing. Dubbing is when a recording of dialogue in a foreign language replaces the dialogue in the native language. While dubbing adds an audio element for foreign-language speakers, it can be confusing to hear dialogue that doesn’t match the movement of the actors’ mouths when they speak.

Subtitles are more precise than intertitles and avoid the viewing confusion that stems from dubbing. By the 1930s, around the time color television became prevalent, subtitles that showed on the screen at the same time as the moving picture were finally patented. Way back then, filmmakers used to stamp subtitles directly onto film strips. They could be difficult to read, but still. This was a step toward progress that would lead to digitized, computerized subtitles in the future.

This isn’t to say the path was totally smooth: Over decades of experimentation, different technologies had to be developed for subtitles to be as marketable as possible. The need for new technologies in subtitling only increased as television played an increasingly important role in people’s lives in the 1960s to the present, and as popular media became increasingly globalized.

Into the digital era: Computers and Closed Captioning

By the late 1980s, many new processes made it possible for entire subtitle systems to be downloaded onto a computer.

Nowadays, closed captioning and subtitling allows English-language movies to be enjoyed in many countries across the world, and for English-speaking countries to enjoy films made in other languages.

Dubbing has slowly been phased out in favor of the continuously advanced concept of subtitling. However, in some countries with low literacy rates, dubbing can still serve as the most effective means of reaching an audience. Some people simply don’t like subtitles because they can be distracting or difficult to read fast enough.

The internet: Subtitling is easier than ever (well, not quite)

Even as dubbing continues to be used, adding subtitles to videos has become easier than ever. After an explosion of independently made films in the past couple decades, platforms like YouTube allow users to add subtitles to their video content using machine-generated automatic captions.

Although the automatic subtitle generator works for adding subtitles in the same language, however, it has yet to incorporate any machine translation software to render subtitles in another language. As machine translation software continues to develop, that might be coming down the line. But based on how things currently stand in the language industry, it will likely be a long time before we see anything like instantaneous foreign language subtitling software.

While we’re waiting on that software, though, plenty of organizations still need to add foreign language subtitles to their marketing and training videos. If you belong to one of them, be sure to reach out to Bromberg! With translators available in over 170 languages, we’re ready to help you with subtitling projects of any size or scope.