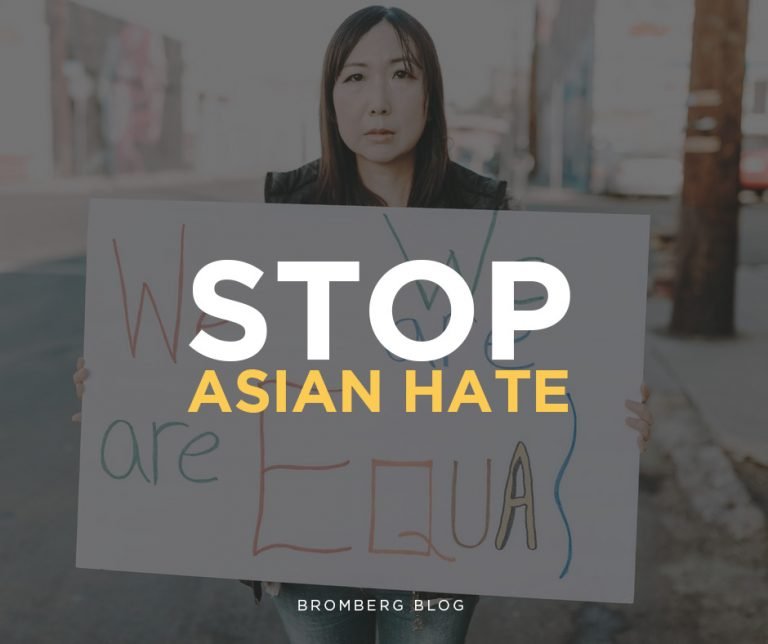 The COVID-19 pandemic has laid bare many harsh realities – health care disparities, linguistic and racial barriers to equitable care, and a rise in hate and bias incidents, especially against Asian people, in the United States

Since the start of the pandemic, reports of hate crimes against Asian Americans have increased 150 percent according to a 2020 analysis by the Center for the Study of Hate and Extremism at California State University at San Bernardino. The analysis examined police records in 16 of the country’s largest cities. In addition, according to the FBI, hate and bias incidents in general are at their highest rate in nearly 20 years. Although the rise in such incidents is deeply troubling, they have many historical antecedents and parallels.

Asian people have lived in the United States for more than 160 years since approximately the 1850s, the decade before the Civil War.  Through their time here, Asian Americans have experienced significant violence and racism, including the recent murders of Asian people in Georgia and attacks in many American communities.

According to MSNBC, additional hate and bias incidents and attacks include a man demanding an Asian man on a New York subway move away from him, an Asian man being assaulted in New York for wearing a face mask, the stabbing of three Chinese Americans at a Sam’s Club in Texas, an Asian man in San Francisco attacked while collecting cans, and a 16-year-old Asian American sent to the hospital after school bullies accused him of carrying the coronavirus.

“Chinese immigrants began coming to the United States in significant numbers in the 1850s, largely to California and other Western states, to work in mining and railroad construction. There was high demand for these dangerous, low-wage jobs, and Chinese immigrants were willing to fill them. Almost immediately, the racist trope of “Asians coming to steal White jobs” was born. And in 1854, the California Supreme Court reinforced racism against Asian immigrants in People v. Hall, ruling that people of Asian descent could not testify against a White person in court, virtually guaranteeing that Whites could escape punishment for anti-Asian violence. In this case, it was murder: George Hall shot and killed Chinese immigrant Ling Sing, and the testimony of witnesses was rejected because they were also Asian.”

By the post-Civil War period, Asian Americans were treated as a threat to the United States, which then had a largely whites-only immigration policy. Asians were castigated and labelled as a “yellow peril,” unclean and unfit for citizenship in America.

Economic difficulty and uncertainty, culminating in the Great Panic of 1873, plus mounting anti-Asian racism, were prominent catalysts to growing violence against Asian people. On October 24, 1871, following the murder of a White man caught in the middle between rival Chinese groups, more than 500 rioters surrounded and attacked Los Angeles’ small Chinese community, according to the Washington Post. Nineteen Chinese people were lynched, including a prominent local doctor and a 15 year-old boy. They were hanged across several downtown locations. Eight of the rioters were eventually convicted of manslaughter, but their convictions were later overturned. No one else was conclusively punished for the murders and attacks.

19th century anti-Asian prejudice climaxed legislatively in 1875, with the passage of the Page Exclusion Act, the United States’ first restrictive immigration law that banned Chinese women from entering the country. In 1882, Congress passed the Chinese Exclusion Act, which banned Chinese immigration for 10 years. Congress repeatedly extended the life of The Chinese Exclusion Act for over 60 years until it was repealed in 1943 during World War II, and then, mainly as part of the effort to ally with China in the Pacific War against Japan.

Murders and assaults of Asian people continued in the late 19th century. For example, in Rock Springs, Wyoming Territory, long-standing prejudice against Chinese miners led more than 100 vigilantes to surround and attack Chinese mineworkers, killing 28 people and burning 79 homes. Hundreds fled to a nearby town where they were tricked into boarding a train they were told would take them to safety in San Francisco. Instead, the train returned them to Rock Springs, where they were forced back into the mine. Federal troops were summoned to the area where they stayed for 13 years to impose order, the Washington Post reported.

In 1900, much like today, a deadly disease struck the United States. An outbreak of bubonic plague afflicted San Francisco.

According to the Washington Post, the outbreak is thought to have begun with a ship from Australia. However, since the first U.S. victim was a Chinese immigrant, the entire Chinese community was accused of starting the plague.

San Francisco police surrounded the city’s Chinatown, preventing anyone except White residents from going in or out. Chinese residents were subjected to home searches and property destruction by force. The 1900 bubonic plague outbreak was a precursor to today’s pandemic where Asian Americans are attacked and blamed for causing the onset and spread of the coronavirus.

In 1942, following Japan’s attack on Pearl Harbor that began the United States’ involvement in WW II, the U.S. government forced all west coast residents of Japanese ancestry, including American citizens, into internment camps because of fears they would aid Japan during the war. No spies were ever found.  On February 19, 1942, President Franklin Delano Roosevelt signed Executive Order 9066 to incarcerate people under suspicion as enemies to inland internment camps.

However, a Japanese-American man living in San Leandro, Fred Korematsu, chose to stay in his home rather than obey the order to go an internment camp. Korematsu was arrested and convicted. He sued, claiming Executive Order 9066 was unconstitutional. Korematsu lost in court. In one of the U.S. Supreme Court’s most insidious opinions, the Court upheld Korematsu’s arrest and the detention of Japanese people. The 6-3 court majority found that the Executive Order was  constitutional and did not show racial prejudice, justifying the forcible internment of Japanese people as necessary to keep the U.S. safe from invasion by Japan.

When the government freed people from the camps, many returned home to find their houses, apartments, and businesses vandalized or confiscated. In 1988, survivors received a presidential apology from President Bill Clinton and $20,000 each in reparations.

Ensuing years saw additional violence against Asian Americans, including Ku Klux Klan attacks in Texas against Vietnamese people after the Vietnam War and following 9/11, hate crimes increased against Muslims and people perceived to be Muslim, including people of South Asian descent.

Terribly, the current paroxysm of hate crimes and bias incidents against Asian people is not without parallel in American history. Difficult times and experiences require strong solutions and concerted societal action, including an understanding of why hate and bias crimes occur and committed action to stop them. According to Harvard University’s Vivian Shaw, “When we talk about anti-Asian racism, it’s not within a vacuum. It’s within the context of these broader structures: race, gender, immigration status, socio-economic condition. All of that impacts people.”