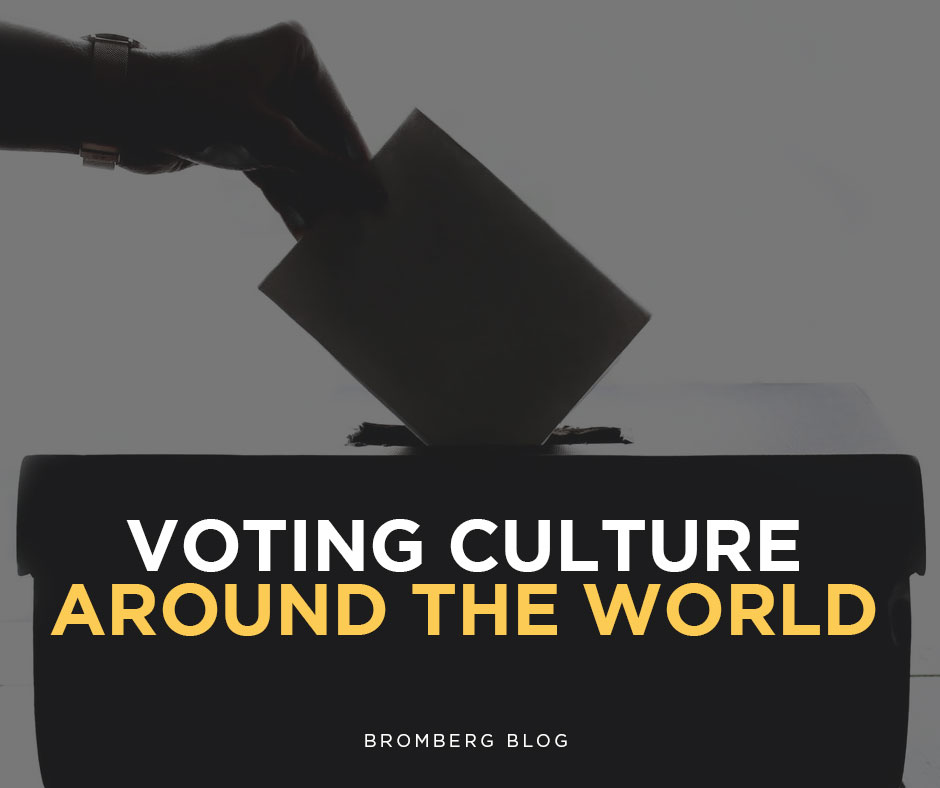 Voting culture around the world.

Long lines wrapping school buildings, gymnasiums and public libraries; these are the typical locations where people have camped out for past and present presidential elections. Election Day voting draws in crowds that wouldn’t be seen on an average day, especially compared to early voting which usually occurs the week before Election Day. According to a 2016 report about voter turnout in developed countries, just 53.6% of Americans performed their civic duty during the 2012 election cycle, which places the U.S. 31st out of the 35 Organization for Economic Co-operation and Development (OECD) nations. By contrast, Belgium saw the highest percentage of eligible voters turn out for its 2014 election; approximately 87.2% of Belgian citizens cast their votes. While the recent focus has been on the 2020 Presidential election in the U.S., countries around the world have diverse practices and rich histories surrounding their election days.

Canada is the U.S.’s friendly neighbor to the north, yet their voting style doesn’t compare to that of the United States. They spend more time waiting for the bus than they do voting and there’s a reason for that: Canada has a federal election system, meaning their voting process is the same across the entire country, minimizing difficulty. Canada also requires voting to occur on Mondays, versus the U.S. where voting is always on Tuesdays.

In 1906, Finland was the first country in Europe to give all women the right to vote. At the time, Finland was still a part of Russia and the First Russian Revolution of 1905 sparked the movement for women to have the right to vote and stand for election there. Meanwhile, New Zealand was the first self-governing country to allow women to vote in parliamentary elections.

Countries such as France and Sweden do the work themselves by registering all citizens to vote ahead of Election Day. Once citizens are eligible to vote at 18 years of age, they are automatically registered. Sweden relies on tax registries to create their lists of eligible voters.

Estonia is known as the world leader in electronic voting. Since 2005, Estonians have had the ability to vote online instead of waiting in line at their local polling stations. Although in-person voting is still more popular, the government estimates that 30% of Estonia’s 1.3 million population use the electronic voting system. They’re able to cast their votes and change their minds, if they need to, before polls close. Every Estonian citizen receives a scannable ID card and PIN, which they can use to fulfill their civic duties, from voting or filing taxes to even paying library fines.

In the tiny European country of Liechtenstein, with a population of 37,000, citizens vote for politicians, referendums, and even whether or not to grant citizenship to those who have applied after residing in the principality for 10 years or more.

Election day in Australia is accompanied by what is commonly known as a “democracy sausage”- a hot dog-esque sausage that is barbecued outside of polling locations to raise money for local causes. Considering Australians would be fined $20 for not voting, their voter turnout is one of the highest in the world. Australia also makes it easy for voters to stand in line and cast a ballot, considering they are not tied to a designated voting center and can vote at any polling location.

Some of these may seem like subtle changes from how the U.S. conducts elections, but it makes the voting experience easier. However, The U.S. does welcome people of all languages and cultures to vote as their civic duty. The U.S. Election Assistance Commission provides language access for “citizens for whom English is a second language” and “may want or need language assistance when voting, such as having their ballot or other election materials in their native language.” The U.S. Justice Department also enacted the Language Minority Voting Rights Act to ensure that all states provide proper voting materials in the language requested as well as in English.

Have you experienced an election day in another country, or do you know how voting works in a place not mentioned here? Let us know about election and voting practices in your town, state, or country! You can also get in touch with Bromberg & Associates today for any of your linguistic and cultural needs.

PrevPreviousIndigenous Language Needs in a Pandemic – “Not allowing people to communicate in their native language is almost a death sentence”
NextLanguage Assistance on Election Day. It’s the LawNext
English
English Español العربية
×
×