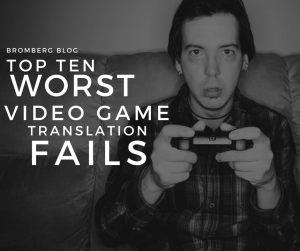 There’s never been a better time to be a gamer. While video-game players were once the “nerds,” “geeks” or “oddballs” of society, over 64 percent of Americans aged 13-and-up played games in 2016. And with gleaming graphics, dreamy dialogue and convenient consoles, it’s no wonder that number is only growing. But video games weren’t always so seemingly flawless; in fact, sometimes the localization fails were downright hilarious. While today video game developers funnel thousands of dollars into perfecting the titles for localized distribution, the translation of a video game was once an afterthought. Luckily, the internet has kept a detailed scrapbook of some of the ten worst video game translation fails of all time.

Albeit a brief error, this 1986 “Pro Wrestling” game for NES isn’t any less ridiculous. After the player beats the opponent, the player is congratulated with this message: “A Winner Is You!” While the broken English received some attention after its original debut, it wasn’t until January 2004 that this phrase really started winning. This silly phrase lives on as a widespread meme used to sarcastically congratulate someone.

2. “All Your Are Base Belong to Us.”
Get ready — this one’s a doozy. In its 1989 release, “Zero Wing” announced, “All Your Base Belong to Us” during the game’s introduction dialogue between the main antagonist and Captain. This Engrish phrase blew up in early 2000, when the catchphrase overwhelmed discussion boards and was made into various shared animations. Fortunately for us, (and perhaps not so fortunate for the developers,) this cringeworthy video game translation mistake was memorialized on plenty of popular news sites, such as The Guardian.

Based on the acclaimed “Ghostbusters” movie of 1984, “Ghostbusters” for NES was busted for bad English early on. Overflowing with preposterous grammar such as “Conglaturation,” and “Now go a rest our heroes,” you can almost hear professional translators crying in the distance.

When you hear about a game with a character named “The Insane Worrier,” you might expect dialogue like, “Oh god, did I turn the oven off?” or, “How many germs are on those bar peanuts?” However, this wrestler’s name was originally supposed to be The Insane Warrior. This 1985 title “Mat Mania” features other strangely worded dialogue such as, “Here we have tonight special event.” Imagine if the translators in this video game were hired for NBA 2k18… “Ladies and gentlemen, give it up for your Golden State Worriers”

5. “Welcome to Die!”
Just when you thought you’d seen it all, it gets worse. The 1992 “X-Men” arcade game features Magneto, a villain who laughs menacingly and utters the not-so-scary words, “Welcome to Die!” But, instead of hiding behind their mistake, “X-Men” game makers stood their ground and even released a virtual trophy highlighting the ridiculous phrase in the Playstation Network version.

6. “I Never Thought I’d Be Frying Over a Jungle” 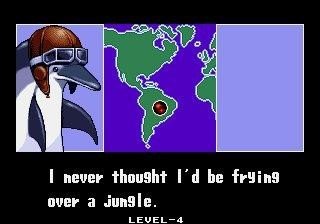 A fan-favorite, this video game translation mistake, “I never thought I’d be frying over a jungle,” brings about thoughts of pan-frying breakfast in a skillet over The Brazilian Amazon. Unfortunately, “Aero Fighters” is just a 1992-released video game highlighting vertical-scroll shooting. Although this original is most well-known for the aforementioned phrase, it contains loads of other Engrish gems waiting to be discovered.

Although this video game translation mistake sounds like an insult you might say to your little brother under the eye of strict parents, the content matter of “Final Fantasy IV” is meant to be serious. Some speculate the strange phrase came about when game translators were trying to instill the same degree of aggressiveness as the Japanese version, which uses various politeness levels throughout the game, without offending English audiences. Thus, the insult came with the outdated word, “spoony,” meant to describe a silly or foolish person.

8. “Your Fists of Evil Are About Meet My Steel Wall of Niceness!” 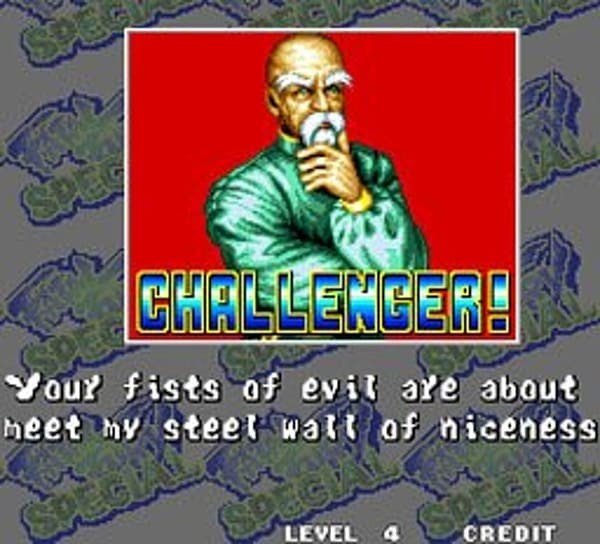 Meant to be an expression that should have you shaking in your boots, this taunt from “Fatal Fury Special” amounts to confusion. Then, laughter. While fighting games in the early 90s are well-known for bad English translations, this one takes the cake for absurdity.

9. “Go Ahead Dauntlessly!”
While the aforementioned video game translation fails are farcical, “Ghosts ‘N Goblins” should win an award for sheer amount of broken English. The main point of the game is to defeat Satan, but the broken English is perhaps scarier than the villain. Upon beating Satan, you receive misspelled and often made-up English such as, “This room is an illusion and is a trap devisut by Satan. Go ahead dauntlessly! Make rapid progres!” What?! 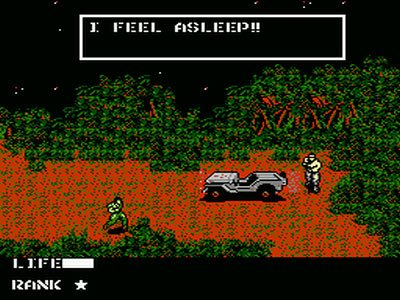 The video game translations in the 1987 NES “Metal Gear” are no more surprising and just as hilarious as others in its era. The military-style action video game features broken grammar such as, “Uh-oh! The truck have started to move!” And, “Contact missing our Grey Fox.” But, perhaps the internet’s most well-loved phrase is, “I feel asleep!!”

Bonus: “This Guy Are Sick.” 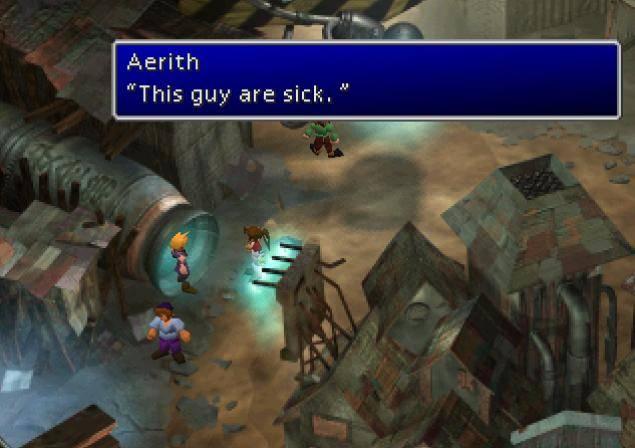 This “Final Fantasy VII” mishap may not be as tickling as the previous errors — that is, until you realize it happened just 20 years ago in . Appearing on the Playstation, the phrase, “This guy are sick,” comes into sight when you chat with a guy outside of a pipe in a seedy area.

Although these mistakes are oftentimes hilarious for gamers, they make game developers look unqualified. The best way for game developers to ensure an error-free experience is to seek professional, qualified language solutions, such as Bromberg & Associates.

At Bromberg, our highly qualified team of translators and interpreters will help you avoid the embarrassment of bad translation. Be sure to contact us for any translation services, interpreting services or for a quote on your next translation project. Check out our previous post on the Top 10 Worst Translation Fails.