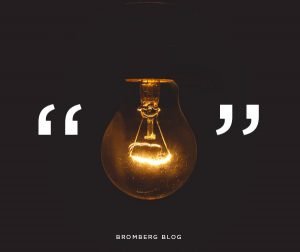 Here we list six well-known philosophers to start with our series of famous quotes on language. As great thinkers about human nature, origins of societies and culture, these philosophers often asked themselves about the way we communicate and how we exist in relations to the world and others.

You may have read or heard this before, but any language is a way of experiencing the world. At Bromberg & Associates, as we work every day to connect different languages, cultures and communities, we couldn’t agree more with this statement.

As many intellectuals listed here will remark, language is one of the things that makes us human. Here we have six quotes on language from philosophers that inspire our work at Bromberg & Associates:

Did you ever think you would get language advice from Confucius? Well, this Chinese philosopher certainly hit the nail on the head when addressing the language barriers that we as translators and interpreters work to overcome. Confucius lived between 551 and 479 B.C., and he was already pioneering the language field.

He theorized about politics, ethics, music and art. When speaking about language, Confucius was really interested in how humans speak about the truth, their reality and their surroundings. Because of that, he defended and valued honesty and even studied the importance of facial expressions in public speech.

“Poetry, whose material is language, is perhaps the most human and least worldly of the arts, the one in which the end product remains closest to the thought that inspired it.”

Hannah Arendt was born in Germany on October 14th, 1906 and died in New York, USA, on December 4th, 1975. She was deeply interested in philosophy and politics, with her most notable books being “The Human Condition” and “The Origins of Totalitarianism”, among others.

While Hannah Arendt did not develop a systematic philosophy, she did write often against political dictatorships that existed during her time. It was that interest that fueled her thoughts on human nature, culture and of course, language.

“Uttering a word is like striking a note on the keyboard of the imagination.”

Born on April 26th, 1889, Ludwig Josef Johann Wittgenstein was an Austrian philosopher who lived until April 29th, 1951. He was well known for his works in many fields, such as logic, math and language.

Much of his work is focused on the way human beings express their relationship with reality. Wittgenstein was well aware that language was key to understanding how the mind works and how our belief system is constructed, and therefore, how we experience reality as it became even more evident with globalization in the recent decades, languages coexist and express many diverse ways of seeing the world.

“It is the task of the translator to release in his own language that pure language that is under the spell of another, to liberate the language imprisoned in a work in his re-creation of that work.”

German philosopher Walter Benjamin was born on July 5th, 1892 and died on September 26th, 1940. His works regarding art, mass communication, industrial development and language are certainly among the most influential of western philosophy.

Benjamin was keenly interested in how the industrial life was impacting the way people experience art, as with the popularization of photography made possible the massive visual reproduction of paintings and sculptures. He also wrote several pieces on how technological development was changing the way people accessed information about the world and its impact on communication and politics.

“A special kind of beauty exists which is born in language, of language, and for language.”

Gaston Bachelard was a French philosopher who was born on June 27th, 1884 and died on October 16th, 1962. He was well known for his writings on epistemology and philosophy of science. According to his views, language was right in the core of the human nature.

Bachelard made great contributions to his fields of science and usually took a critical approach on many theories that existed during his time; most notably Auguste Comte’s positivism. As part of his crusade to make the world of science better, he was a feminist and against typical gender stereotypes that affect science and many other fields and activities. Bachelard was very supportive of his daughter becoming a mathematician and a scientist, something she achieved with great recognition: Suzanne Bachelard was the first to translate the works of Edmund Husserl and also a mentor to none other than Jacques Derrida.

“ The process of translating comprises in its essence the whole secret of human understanding of the world and of social communication.”

Hans-Georg Gadamer was a German philosopher born on February 11th, 1900 and passed away in March 13th, 2002. His fields of expertise were hermeneutics (the methodology of interpretation, especially Biblical texts), metaphysics, ontology and of course, language.

Gadamer made many substantial contributions to communication ethics, developing several theories and guidelines regarding the matter. As an intellectual, he believed he had a duty to work for cultural diversity, as he was a critic of scientific approaches that thought of human nature as a mere object.

These great philosophers and their thoughts on language inspire our company’s work in many language fields, such as cultural awareness, interpreting and translation services. If you want to know more about our linguistic solutions or need language services for your projects, we would be more than happy to hear from you here.